Goa gangrape case: Heavy police force in CM’s Sanquelim town as Cong tries to take out march against him remarks

Covid deaths in July down by 77% in Goa | Goa News 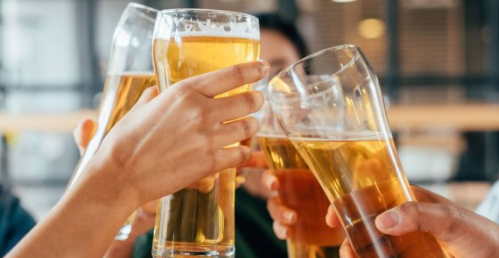 PANJIM: Beer and whisky are the preferred beverages among Indian travellers in Goa, which is known among tourists as a destination where liquor is cheaper. The State’s local brew feni, however, does not appear to have impressed domestic tourists. These findings were part of a recent study conducted by Goa University.

Edgar Philip D’Souza, MS Dayanand and Nilesh Borde in a study undertaken by interacting with tourists visiting Goa during the tourist season from December 2020 to March 2021, observed that male and female travellers followed a similar frequency of drinking weekly, monthly or occasionally.

The researchers were unable to get a representative sample of international visitors because of the Covid travel limitations.

As per the study, whose findings were based on responses by 962 tourists, beer was the most preferred alcoholic beverage at 29 per cent, followed by whisky at 23 per cent. Wine, vodka, rum, gin, cocktails and brandy follow. Only 2 per cent of the tourists interviewed, chose feni.

For the age group of 18-40 years, beer is the most loved drink. On the other hand, vodka is the second-most favourite drink among youth, while for those in the age group of 31 to 40, whisky comes immediately after beer.

“However, as the age group increased it is observed that whisky is the most preferred alcohol followed by beer,” the study said. While males opted for whisky and beer, females went for beer and wine.

Most of the tourists prefer a drink at least once a week while there were very few who admitted to drinking daily. On an average 16 per cent of the men preferred consuming alcohol daily as against 5 per cent of the women.

Interestingly, beach shacks are the last option for alcohol consumption. The most popular drinkscapes that tourists enjoy are restaurants (28%), followed by pubs or taverns (19%) and then beach shacks (17%).

The researchers concluded that the findings will aid in understanding the alcohol consumption patterns of tourists and assist in better target marketing to each group while also comprehending the actual and prospective role of each group for beverage tourism.